We are a Zebra Business Partner Printer Repair Specialist company in Glendale. This means our technicians have been certified by Zebra Technologies through extensive training and testing to repair their thermal label printers. Let our knowledge and experience get your Zebra printers operational today!

See what other businesses have to saw about our service. 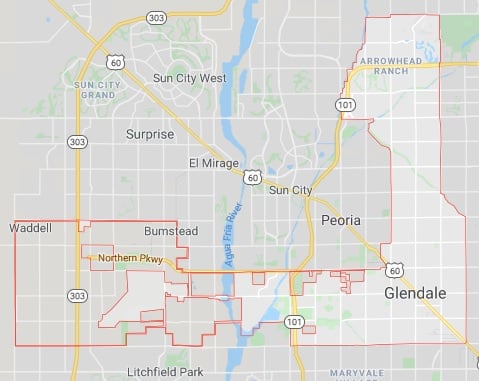 ZEBRA THERMAL LABEL PRINTERS WE REPAIR IN THE GLENDALE AREA

Need Zebra Printer Service in Glendale, Arizona, Call MIDCOM at (480) 336-9320. In business since 1982, MIDCOM has satisfied the needs of our customers, with expert knowledge and speedy service. Whether you are around Peoria, Sun City, Avondale Surprise, or New River, we can service your printer for repair or provide professional maintenance service for your Zebra® printer. Our certified technicians have earned us an A+ rating with the Better Business Bureau. Talk to one of our associates about or economical Maintenance Contracts.

In Glendale, Arizona you can find professional Zebra Printer Maintenance by calling (480)336-9320. With nearly 30 years of experience, MIDCOM has earned an A+ rating for service from the BBB. Our Maintenance Service contracts provide you with a economical solution to Zebra printer Service. All our work is backed up by a 30 day guarantee. Whether for a service repair or maintenance, call our representative to set up an appointment today.

Zebra printer repairs with professional service is available in the Glendale, Arizona. Call Midcom at (480) 336-9320 and discover why we earned an A+ rating with the Better Business Bureau. With 3000 certified technicians across the United States and Canada, we will arrange fast, expert service to keep your business running without interruption. Just call and speak to one of our live associates to arrange quality service backed by a 30 day guarantee.

If your Zebra printers require maintenance in the Glandale, AZ area, MIDCOM can help. Call (480) 336-9320, and speak with our live representative to set up service. Our certified technicians will come to your business in zipcodes, such as 85301, 85302, 85303, 85304, 85306, 85307, 85308, 85309, 85310 and many more. We can repair your Zebra Printers on site, or you can send us your printer to evaluate. Our certified technicians will determine whether your Zebra printer is repairable. If it is not repairable, then there is no labor cost. Call one of our representatives today to find out more about our depot service.