Coupons, barcodes, and the way to end FRAUD!
by Barry Barcode

What if I were to tell you barcodes alone could end some types of fraud? There is a subculture in america where consumers collect massive amounts of coupons and then spend a fraction of the price on up to 1000 dollar checkouts, and you may wonder how they get away with it. Maybe you’re a consumer and you want to save that much money, or maybe you’re a grocery store manager and the coupons just don’t sound like they would add up? The couponers also often use a seemingly innocent exploitation of the coupons barcodes–it’s fraud. 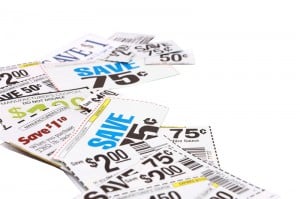 Seemingly innocent, but sneakily insidious, these exploitations use the information held within the barcode to find out what different items can be used for a coupon. For instance, if there was a coupon for a popular brand of breakfast cereal, and let’s say it’s 50 cents off a $3.50 breakfast cereal, these exploitations will allow the consumer to use that .50 cents off coupon for a cheaper cereal from the same brand. Say this brand has a cheaper, smaller box of cereal for 1.50 cents, on sale for 1 dollar, and the couponer doubles their coupon, they get the box of cereal for free. This is the secret weapon for these ultimate couponers, but one thing the show doesn’t tell you is that this practice is actually illegal.

If the grocery store were to be audited, they would be in deep water for accepting these coupons and checking out with a different product. It’s up to the grocery store to prosecute a couponer who uses a coupon fraudulently rather than the manufacturer, which puts a lot of pressure on grocery stores to police their coupon usage. In a culture of ‘the customer is always right,’ it may be difficult for a cashier to tell a customer they can’t use a coupon when it still scans through.

The tricky part is the coupons will still scan, so the couponers feel entitled to the benefit. If the coupon was for a different brand, there would be an error, but since the barcodes in these coupons are for the brands family code, the error rate for other items within the brand still scan, and at that point the customer may think they’re being slighted by the store, if they were to confront them about it. The bottom line is the practice is illegal, and grocery stores should enforce the law, even if it’s awkward and difficult to do.

Fortunately, barcode technology is always evolving, and the old barcodes used in manufacturer’s coupons are slowly fading out in favor of a new type of barcode called “GS1 Databar Coupons.” This type of barcode has been around since the mid-1980s, but has recently started becoming more common as a replacement of the traditional barcode used on coupons. It can hold more accurate information about the coupon itself, and the margin of error in these brand manufacturer coupons are less and less. It’s good for grocery stores, because it closes these loopholes, and removes the ability for fraud from the consumer.

Grocery stores are tightening down on their coupon rules, where less and less are allowing for this extreme form of couponing to take place. I would ganger a guess that the reason is to staying away from potential liabilities and illegal practices. Fortunately for grocery stores, these new barcodes will help make their lives easier when scanning, and they can feel more comfortable when accepting a coupon, knowing that the coupon is what it says it is.

Call MIDCOM at (800) 643-2664 or chat us up on Facebook, Twitter, Google+ and LinkedIn! To learn all about products and services for barcoding, download our FREE eBook now! 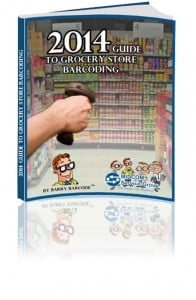