Who moved my cheese? Is change always good in the workplace?

Try and change an employee’s work environment and you may make a new enemy. My friends Barry Barcode, Timmy Thermal, and Harry Plotter can all agree that changing technology in a workplace can cause major headaches. Most employees have Rainman syndrome, “I only buy my underwear at K-Mart!”
Well, imagine the headaches that Microsoft® created when they introduce a new operating system. “This is MADNESS!!!”
Windows 8 has been on the market for a good while now. Some people like it, but others really, really don’t, to say the least. Between radical changes to the Microsoft operating system over Windows® 7, like the removal of the start menu and trying to create a hybrid environment of tablet and desktop/laptop users, it alienated both and pleased close to none.
With Microsoft’s end of support for Windows® XP (after 12 years of being on the market) coming just over a month ago, I thought it would be a good time to look at what kind of driver support there is for specialty printers like label and card printers – the stuff we work with everyday here at MIDCOM. 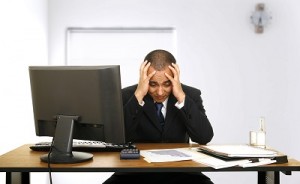 A company named Seagull Scientific® makes a product called BarTender® that provides easy to install and operate driver support for most Windows® operating systems from XP to 8.1. It supports products from many common manufacturers like Zebra Technologies®, Intermec®, SATO®, and Datamax-O’Neil®. The thing about BarTender® is that it even has some of its own drivers that they made because official manufacturers never made their own official drivers for, say, Windows® 8.
While perusing Zebra’s own forums, I stumbled across this thread where a user was asking about Windows® 8 driver support for their Zebra® P330i card printer. The driver never seemed to have actually made it to market, but someone at Seagull® managed to build a driver for that card printer. It should be noted, however, that BarTender’s drivers are not official and therefore likely won’t be supported by the manufacturer of your printer should you need any technical help.
Now, maybe we can get to work on wider support of MAC OS…In any case, if you found this useful, be sure to follow us on Facebook, Twitter, Google+ and LinkedIn as we share with you the latest in the industrial printing industry. As always, feel free to contact MIDCOM at (800) MIDCOM-4 Service (800-643-2664).